Story Pfenninger named HFL Player of the Month for April 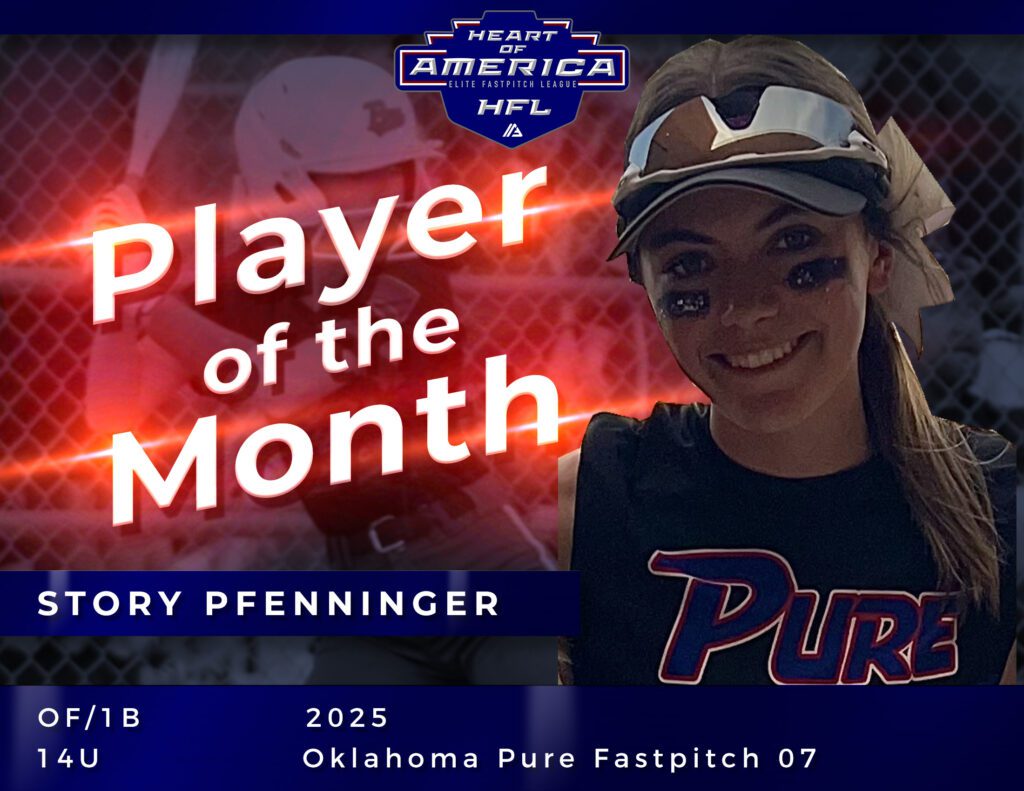 The Heart of America Fastpitch League (HFL) is excited to spotlight Story Pfenninger as April’s Senior Player of the Month. Pfenninger is an outfielder and 1st baseman for Oklahoma Pure Fastpitch 07.

Pfenninger was solid at the plate during the month of April. She had a batting average of .571, an OPS of 1.228, and a Slugging percentage of .619.

Story Pfenninger’s softball story:
“My love for softball started when I was 4 at the YMCA. It was a co-ed team and I was the only girl with my dad as the coach. As fun as that was, I was excited to join a team with my cousin and I played with those girls until 14u when I found my forever softball family, OK Pure Fastpitch. Pure is a special organization that’s more than just softball. We grow together and learn from each other every time we go out. Our coaches lead by example and encourage me daily to be a leader on and off the field.”

Story Pfenninger’s favorite softball memory:
“My favorite memory is from my freshman season at Cashion High School. Our team goal was to have a winning season and build from there. In the final district game, with the score tied, and two strikes, I hit a double allowing Ella to score sending us to regionals for the first time in many years. I won’t forget that feeling anytime soon!”

From all of us at the Alliance and the HFL, congratulations to Story Pfenninger for her achievements.