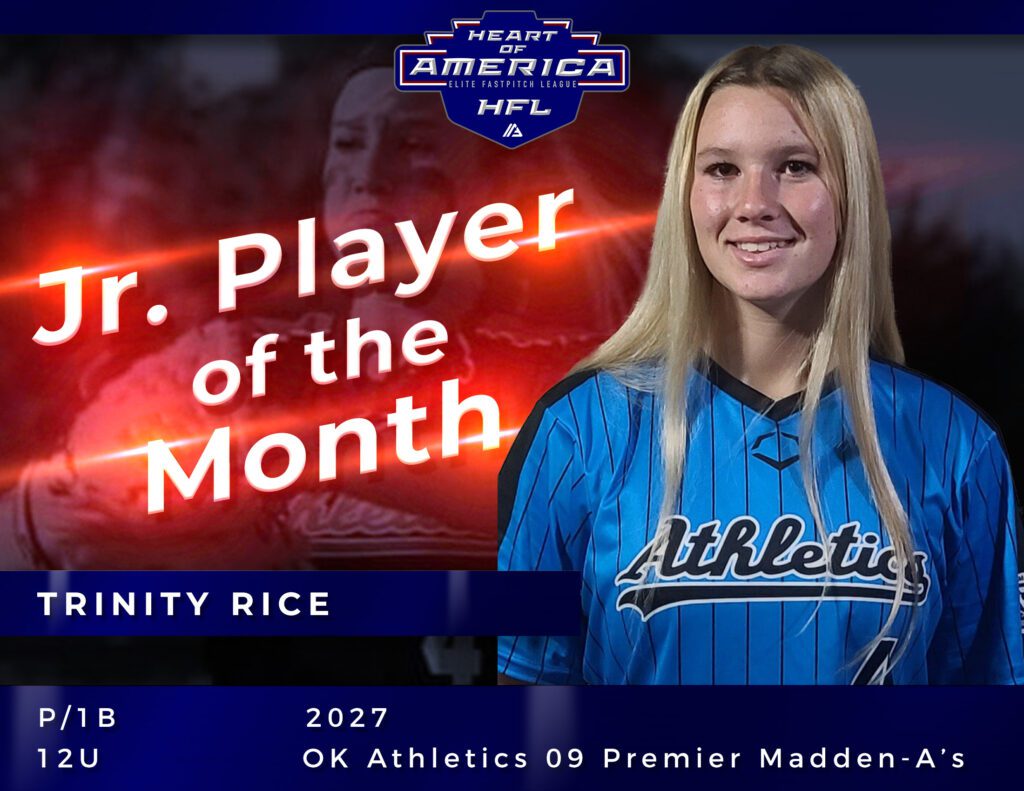 The Heart of America Fastpitch League (HFL) is excited to spotlight Trinity Rice as April’s Co-Junior Player of the Month. Rice is a pitcher and 1st baseman for Oklahoma Athletics Premier.

“Trinity (TK) has been on our team for a little over a month now, she is a two-way pitcher,” her coach said. “She’s a great hitter for us sees the ball well down in the zone. She’s our only lefty pitcher on staff, which gives us a different look from time to time. We are excited to bring her on to this team. She’s bringing great energy to our roster. She spins the ball well from the left side and is always a go getter, never afraid to try new things and step up whenever she’s counted upon.”

Trinity’s Softball Story
My name is Trinity my teammates call me TK. I got started playing softball because a friend of my mom found out I was a lefty and they needed a first baseman for her machine pitch Tournament team. That started me on the journey that I’m still on. When we were fixing to move up to kid pitch, I knew I wanted to be a Pitcher and now when people ask me what my goal is I tell them I want to play for Patty at the University of Oklahoma BOOMER!!!

Trinity’s favorite Softball memory:
My favorite memory was when I hit my first legit HOME RUN over the fence and it was on my birthday weekend.

From all of us at the Alliance and the HFL, congratulations to Trinity Rice for her achievements!