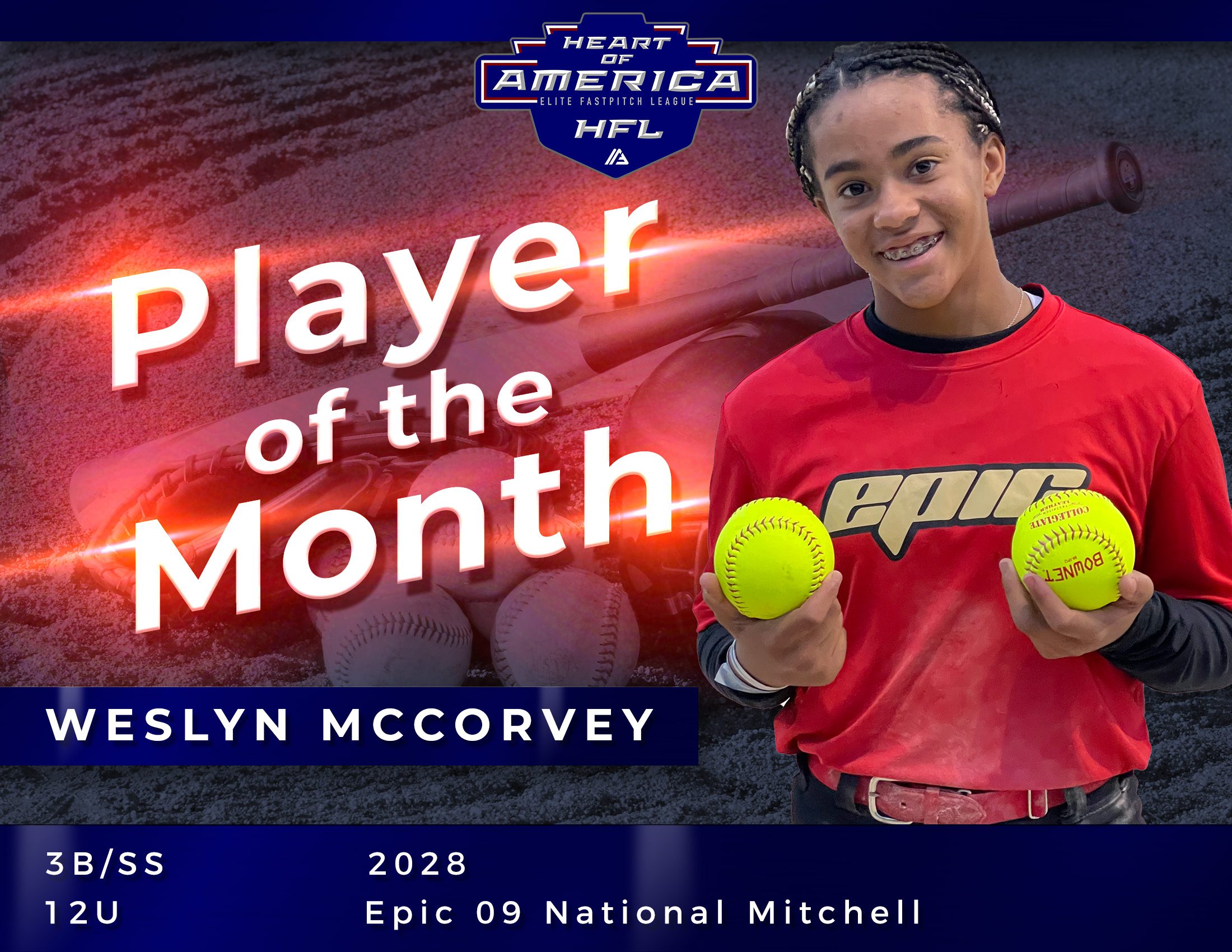 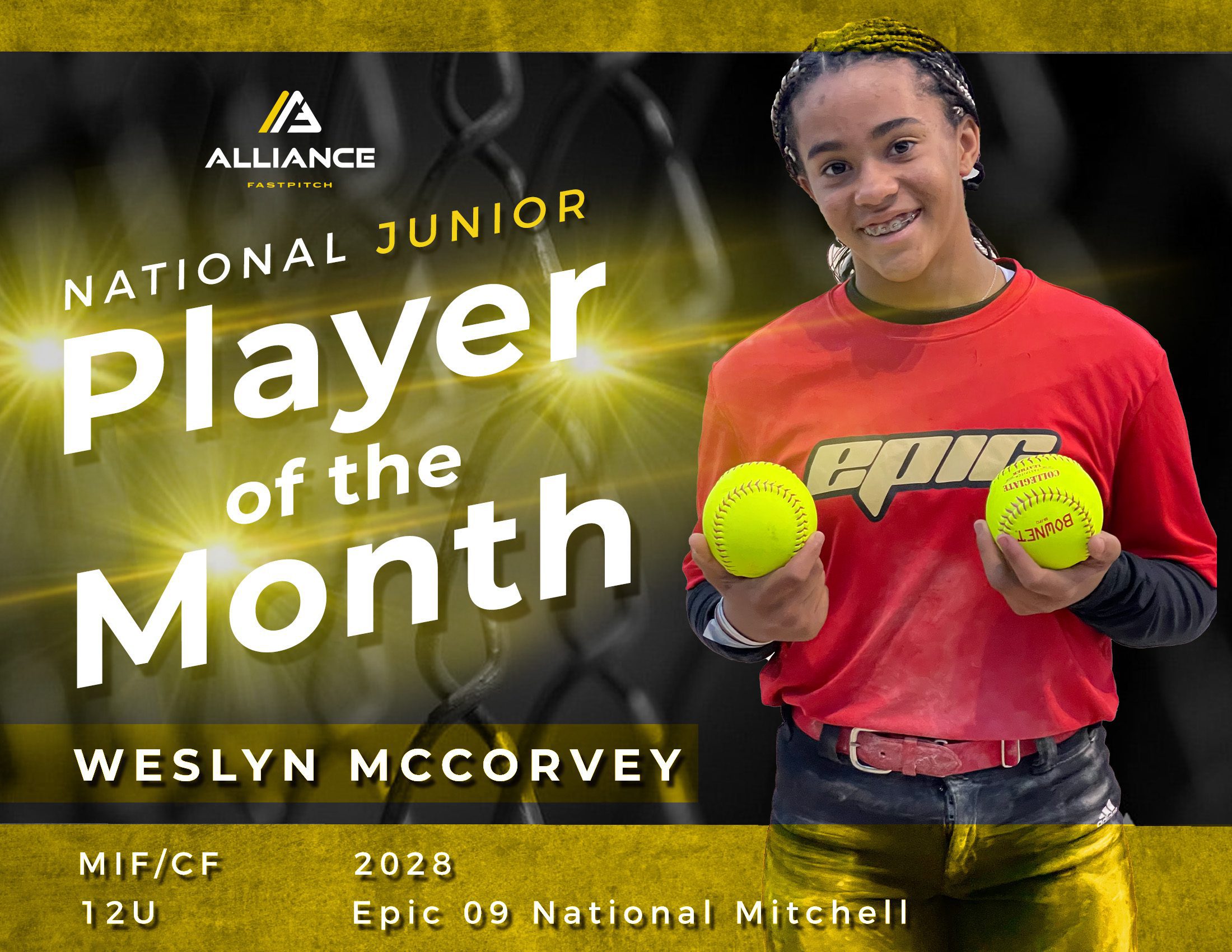 The Heart of America Fastpitch League is excited to announce the HFL’s November Junior Player of the Month: Weslyn McCorvey!

McCorvey is a 2028 graduate who competes for Epic 09 National Mitchell. The Mustang, OK. native batted .556 in November while recording a 1.489 OPS. McCorvey also added four RBI, two doubles, two triples, and a home run to her slash line for the month.

COACH FEEDBACK:
“After my second year of coaching travel ball I knew I needed to add some athleticism to my roster and I found Wes,” said Coach Mitchell. “She brings speed, confidence, and power to my team and the drive she has is out of this world, and you can tell her parents held her at a high standard which fits my team. Because I hold all my players accountable and Wes fits what I want to do on the dirt. She has a bright future as she continues to grow  and develop in the game of softball.”

MEET WESLYN:
Q: Can you share a little bit about your softball story?
McCorvey: [I got started by] playing T-Ball @3 with my little brother. We played together until it was time to play machine pitch. It was a struggle for me to hit the ball from the machine. So my parents and I just kept working at it and at one practice I finally hit most of the bucket. [In] my game the next day I finally got on base with my first hit. After that season I moved on to travel ball at 7 years old. After being on a team for 2 ½ years I decided to switch and it was hard because I left my best friend.

Q: What is your favorite softball memory?
McCorvey: Hitting my first-ever home run on a 2-3 count was so awesome and it was my first tournament with my new team. The hardest part for me was bouncing back from a nasty injury. I hit my second career home run and the next day I snapped my tibia in 2 places. I thought I wasn’t gonna play again at the moment but with hard work and dedication from myself, coaches, parents, and most importantly my teammates I made it back. My hopeful college commit is the University of Alabama Roll tide!