Karlie Cecchini named NEFL’s May Player of the Month 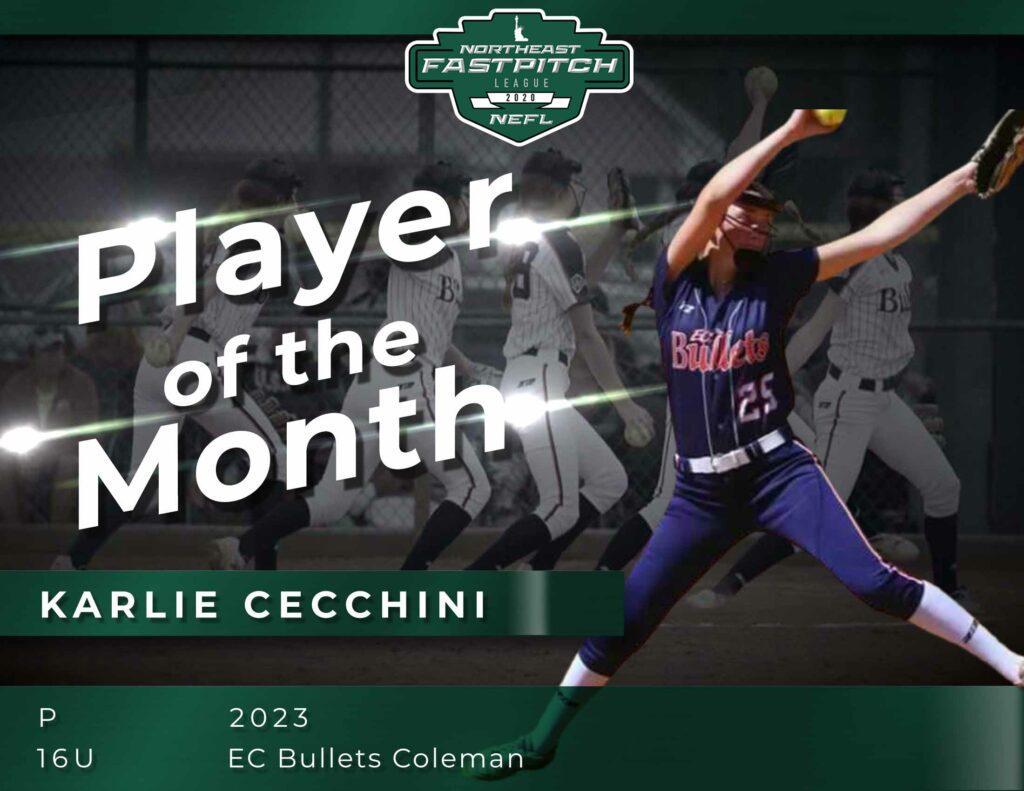 The Northeast Fastpitch League is thrilled to name Karlie Cecchini NEFL Player of the Month. Cecchini is a 2023 member of EC-Bullets Coleman and recorded an impressive month of play in May.

Cecchini is 7-2 in the circle for the Bullets this summer. “Karlie wants the ball in every big game,” said coach Bryant Garrett. “She brings her ‘A’ game all the time and is super tough competitor. She has played for me multiple years and as a coach one of the greatest compliments to give a player is calling her a “Gamer” there is never a time this kid doesn’t rise to the level. She is also the ultimate teammate keeping everyone loose but focused on our goals!” 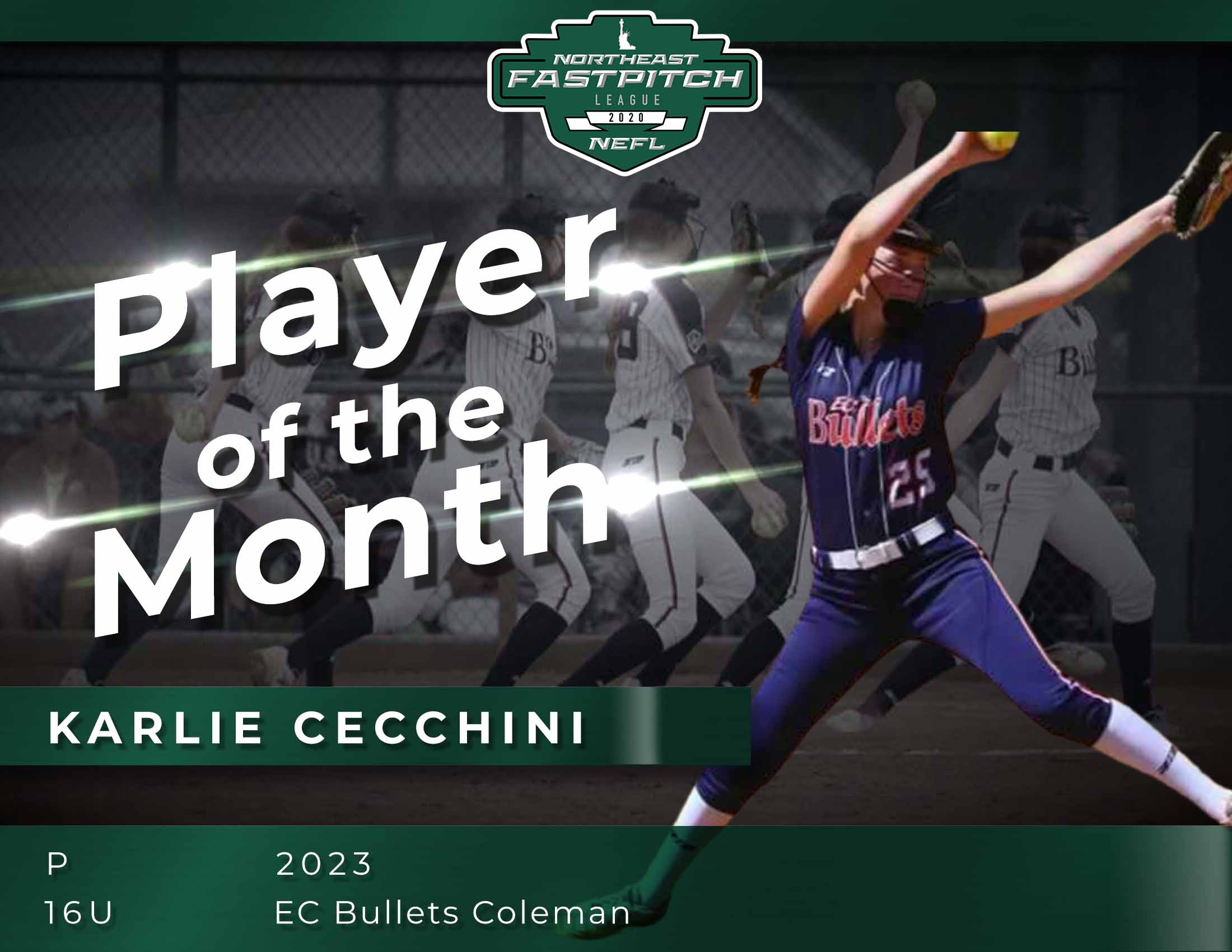 Cecchini shares she got her love for sports through her parents. Her parents were very sport oriented as she grew up. Karlie’s mother, Maria, would go to every Sunday home game for the Philadelphia Phillies with her grandfather. She also worked part time for the Phillies when she was a teenager and is still a big fan. She was lucky enough to be present at Terry Mulholland no-hitter in 1990 and the final game of the Phillies world series win in 2008. Her father, Richard, was born in Canada and played competitive hockey and baseball since he was four. He played Junior hockey in Quebec, Canada, and had numerous University offers. He chose academics as his path, getting a degree at McGill university. Later in life, he turned his skates in for coaching rolls with Philadelphia’s Saint Joe’s Prep and the University of Pennsylvania.

As for Cecchini’s favorite softball memory? Last summer she pitched, and won, five games in Young Guns Tourney last summer helping her team to the Championship and pitching her best game of the day with a shutout in the Championship.

When you combine Cecchini’s talent and work ethic the future looks bright. Congratulations again to Karlie from the NEFL and The Alliance!