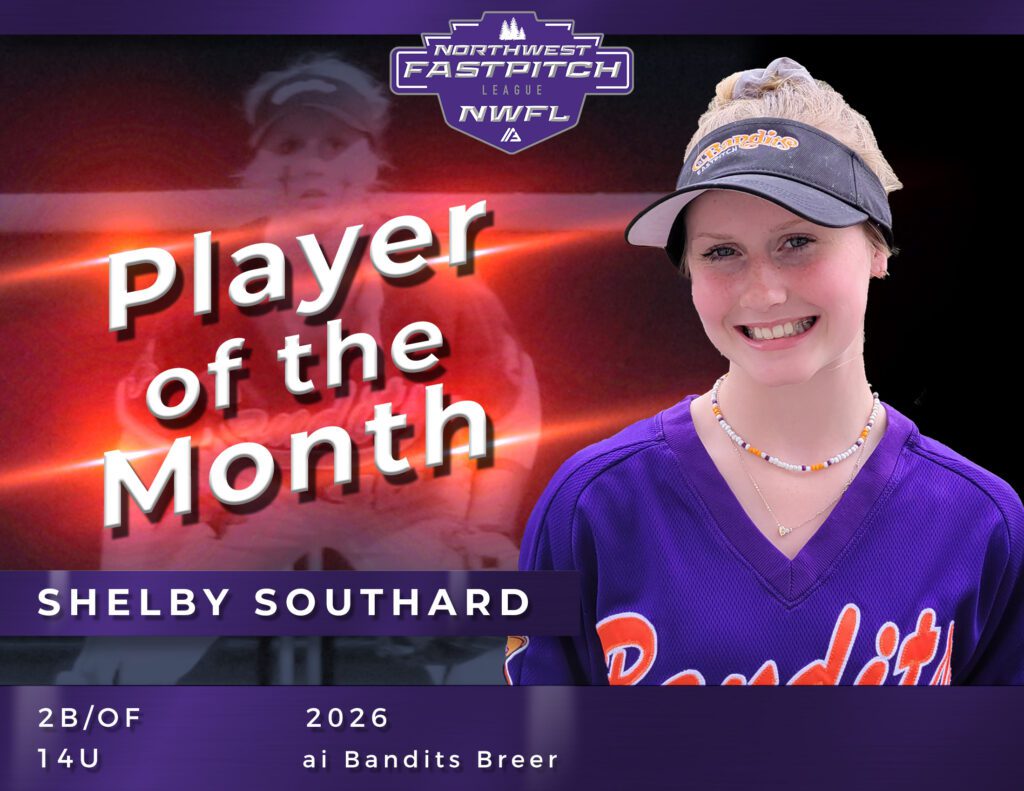 The Northwest Fastpitch League (NWFL) is excited to spotlight Shelby Southard as the March Player of the Month. Southard is a 2nd baseman and outfielder for ai Bandits Breer 14u.

“Shelby has a true competitive spirit and expects success when she steps on the field,” said coach Breer. “Every rep and opportunity is meaningful to Shelby. She has a work ethic and love of softball that has her picking up a ball, glove and bat outside of her teams scheduled practices and games. As her coach, I am most excited about her evolving approach to the game. She is quickly beginning to realize it is possible to have fun without losing your competitive edge.”

From all of us at the Alliance and the NWFL, congratulations to Shelby Southard for her achievements.