Naiah Ackerman named RMFL Co-Player of the Month for April 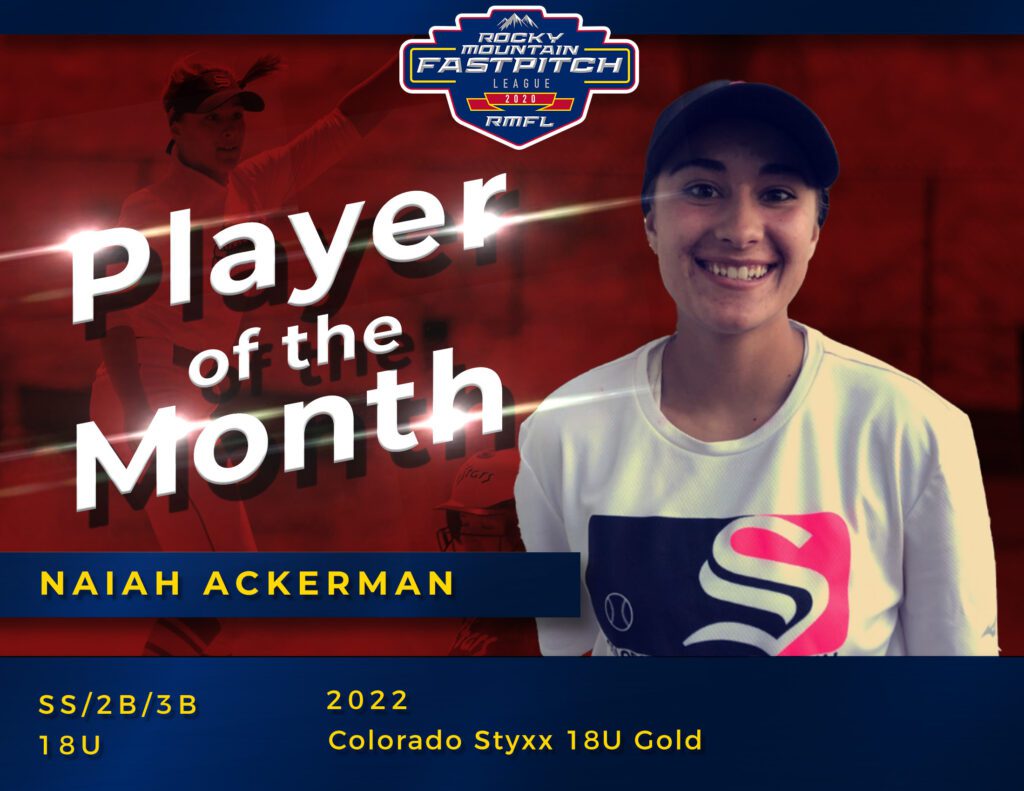 The Rocky Mountain Fastpitch League (RMFL) is excited to spotlight Naiah Ackerman as the April’s Co-Senior Player of the Month. Naiah is an infielder for the Colorado Styxx 18 Gold Severtson.

Ackerman was very impressive during the month of April. The Stony Brook University commit posted an impressive .513 batting average, 1.406 OPS, and a 0.868 slugging percentage. She had 20 singles, 15 doubles, 33 RBIs, and 4 home runs. She also managed to add 7 stolen bases to her stat sheet as well.

“Naiah Ackerman is a tremendous person and player,” said coach Pablo Severtson. “She is one of the most consistent players that I have been around. She works at her game to be the best she can be. She makes the game look easy when we all know it’s not. It’s been a pleasure to see the player she’s become and she’s only going to get better.”

“I got started playing softball after watching my brothers play baseball. When we weren’t on the diamond we were playing neighborhood wiffle ball.”

From all of us at the Alliance and the RMFL, congratulations to Naiah Ackerman for her achievements.