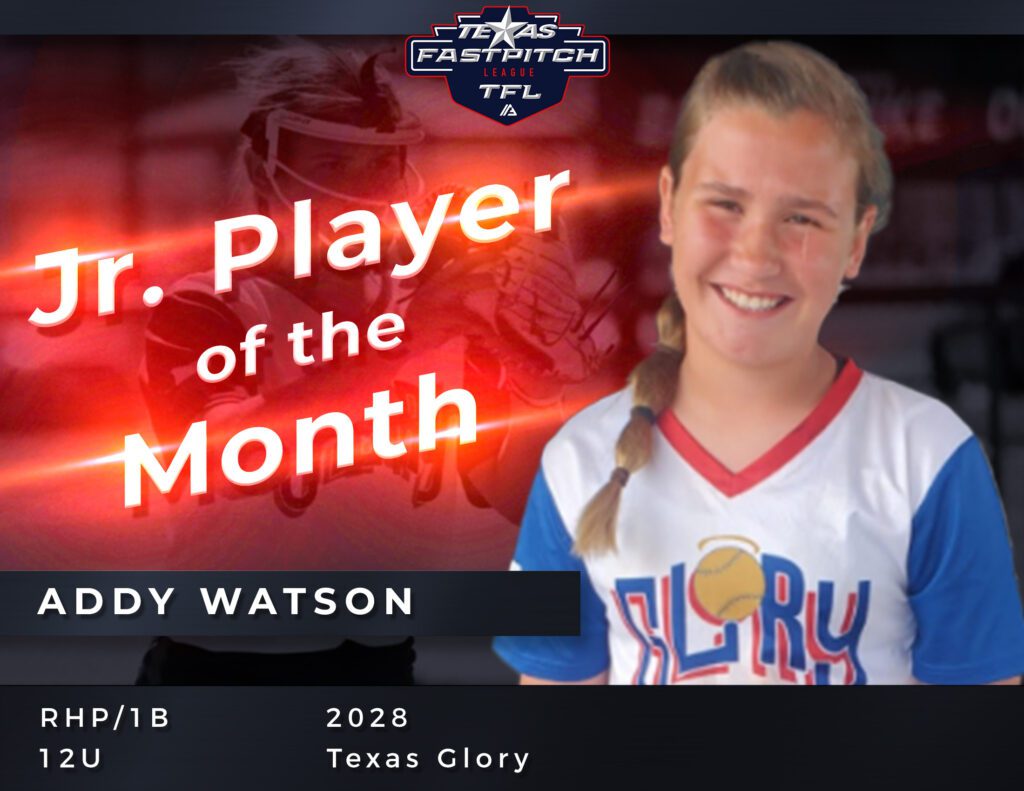 The Texas Fastpitch League (TFL) is excited to spotlight Addy Watson as the March Junior Player of the Month. Watson is a right-handed pitcher and 1st basemen on 12u Texas Glory.

“Addy is a true competitor in every sense of the word,” said coach Mike Miller. “She has absolute ice in her veins in the circle, and is the player every coach wants at the plate when the game is on the line. She lives by the mantra “never let anyone outwork you” and it shows week to week on the dirt.”

Watson started playing softball at the young age of 7. “I started at age 7 in the Keller Rec League, then moved to Keller outlaws select organization at age 8 with our Keller All-Star team,” said said. “We stayed together until I was 11 then I moved over to Texas glory organization under Mike Miller.”

“My favorite softball memory is my 1st homerun playing up in a 14u tournament in Keller. My home run was on Field 13 where we practiced every week while I played under the Keller outlaw organization.”

From all of us at the Alliance and the TFL, congratulations to Addy Watson for her achievements.