Meiko Dominguez named TFL Player of the Month for August 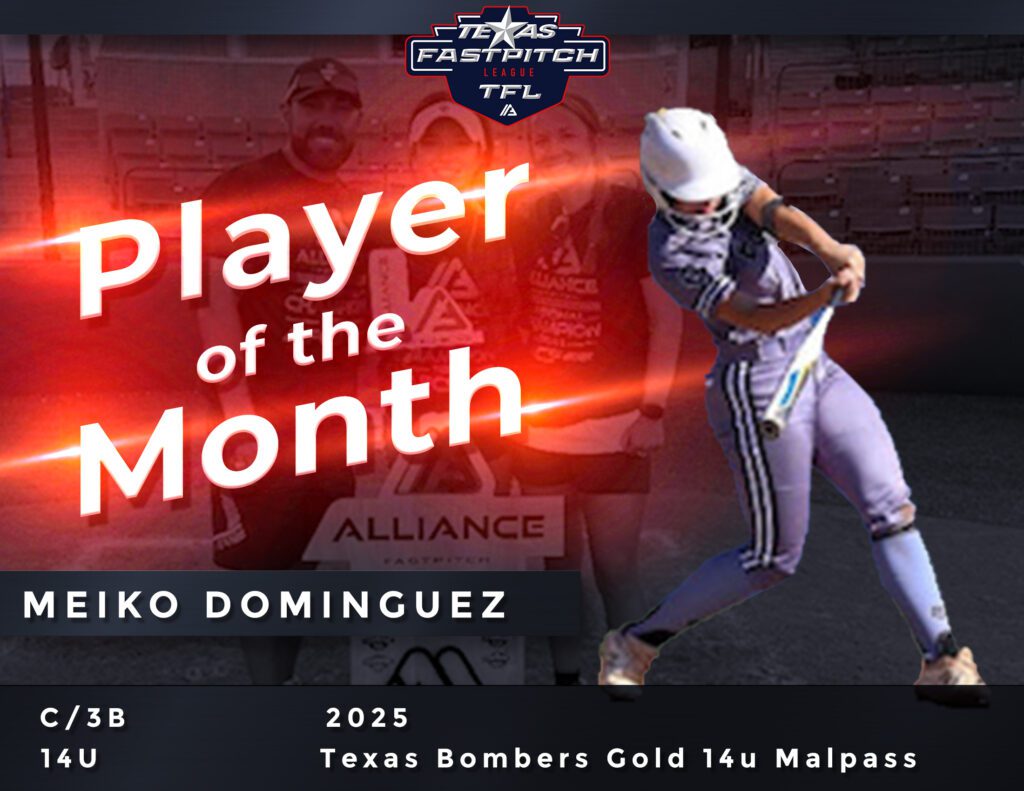 The Texas Fastpitch League (TFL) is excited to spotlight Meiko Dominguez as the August Player of the Month. The 2025 is a catcher/third baseman for Texas Bombers Gold Malpass.

In August, Dominguez had an impressive showing at the plate with a batting average of .436, a 0.436 OBP, and a notable .949 slugging percentage. Dominguez racked up a total of 17 hits with 2 doubles, 6 home runs and 18 RBIs while also managing to swipe 2 bases. Her performance for the month of August earned her a spot as the most outstanding player on the AFCS All-Tournament team.

How did you get started? –

I started softball when I was around 6 or 7 because I realized soccer was not for me like it was my sister. I immediately liked the sport because I felt it was the sport for me and I picked up on it a lot quicker. My passion for the game grew quick and its grown ever since. I have made many memorable memories and I am only into my sophomore year of high school. This sport has become a huge part of me and my life.

Meiko is a top-level player with so many tools. I have had the pleasure of watching her develop up the past year and half on the Texas Bombers Gold 14U team and she is far from done. She is a competitor and competes in everything she is doing on the field. She is a player that will do very big things in this sport and it will be exciting to watch. She is a player with a huge stick and can cover ground in the field making high level plays.

To be considered for Player of the Month, your team must score League games in AGL so your stats will be included in the League’s monthly report