Brooklyn Hart named NWFL Co-Player of the Month for April 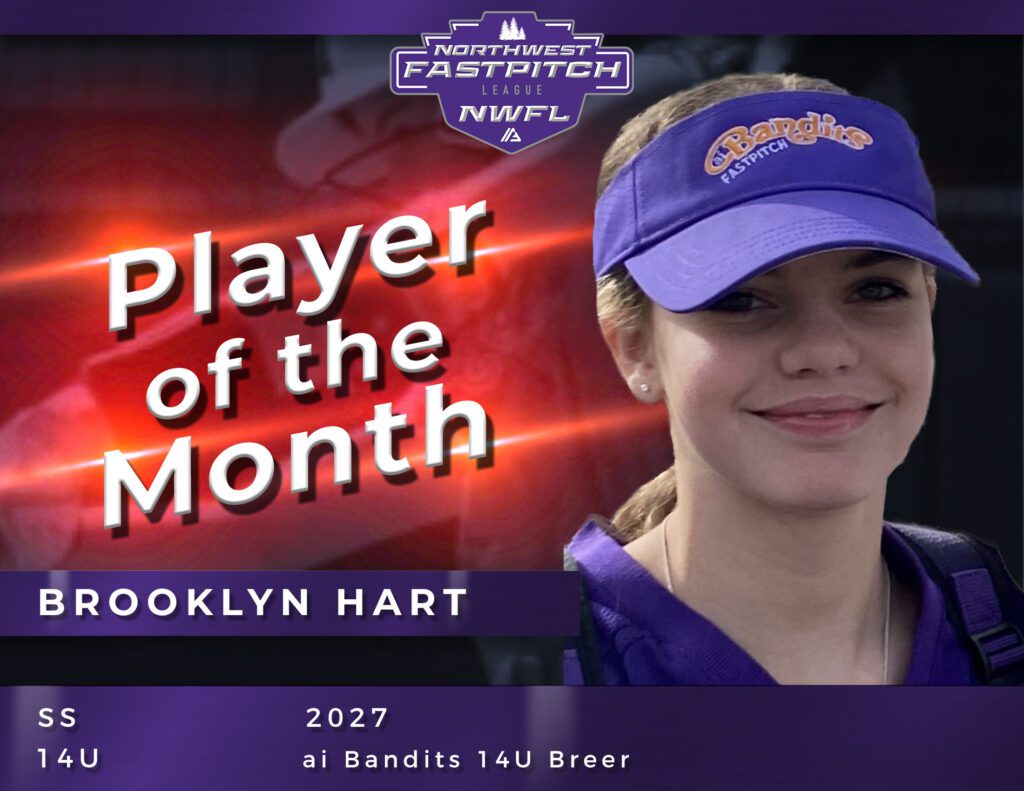 The Northwest Fastpitch League (NWFL) is excited to spotlight Brooklyn Hart as April’s Co-Senior Player of the Month. Hart is a shortstop for ai Bandits 14U Breer.

“She is a 2027 grad year but you wouldn’t know it watching balls come off her bat,” said her coach. “Check out her stat line for the month below. Looks like video game numbers. Brooklyn is a special talent that does not come along every year. Her physical capabilities, body awareness, toughness and mental aptitude for softball is rare especially considering her age. While every coach would love to have players like Brooklyn on their team she does present the additional challenge of managing expectations to ensure the love of the game remains intact. That being said she has a chance to make a significant impact in the softball world and I hope to have a front-row seat.”

Hart’s softball career started at a very young age. “I started out playing baseball my first season (7 yr old) and then made the switch to girls rec softball the following season and fell in love with the game instantly and have dedicated myself to playing since”

Hart’s favorite memory is representing her region. “Representing my region in the USA All American Games and getting to play in the USA Hall of Fame Stadium”.

From all of us at the Alliance and the NWFL, congratulations to Brooklyn Hart for her achievements.