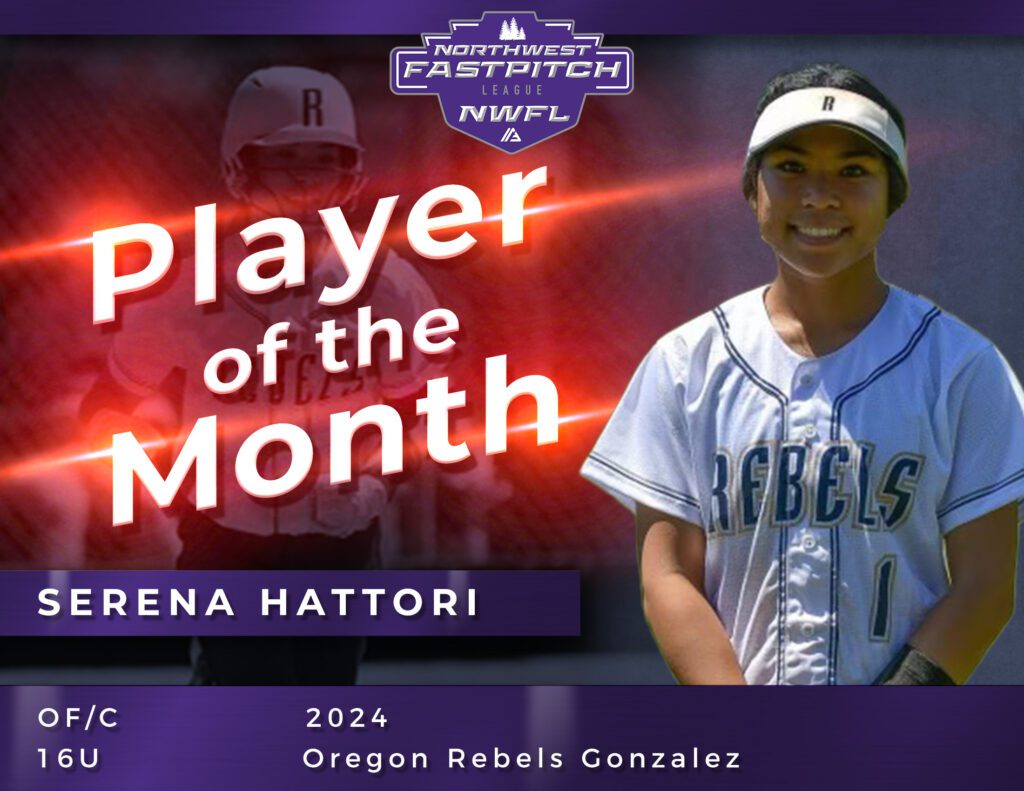 The Northwest Fastpitch League is excited to announce the NWFL’s November Player of the Month: Serena Hattori!

COACHES FEEDBACK:
Serena is a great player and great person to have on team. Always willing to put in the extra work to achieve bigger goals. Great inspiration for all players and coaches in the organization. Wishing her the best in whatever she pursues in life. Congrats Serena! Bigger things to come!

MEET SERENA:
Q: Can you share a little bit about your softball story?
Hattori: I started in tee-ball at 5 years old and pursued baseball until I was 8 years old. Then found my first softball club team in which I played for 6 years and loved it. It was a great team and I was super close with my teammates. Last year, in my freshman year of high school softball, I received the recognition of being an all-league first team and all-state honorable mention.

Q: What is your favorite softball memory?
My favorite memory was when my 12u travel softball team won the USA Softball 12u Western National Championship in Arizona. It was a big event that happened because we lost to the team we beat in pool play and then, won against them in a bracket game. Then, we both got to
the championship and won against them again. I was so proud of myself and my teammates to not lose hope just because we lost to them once.