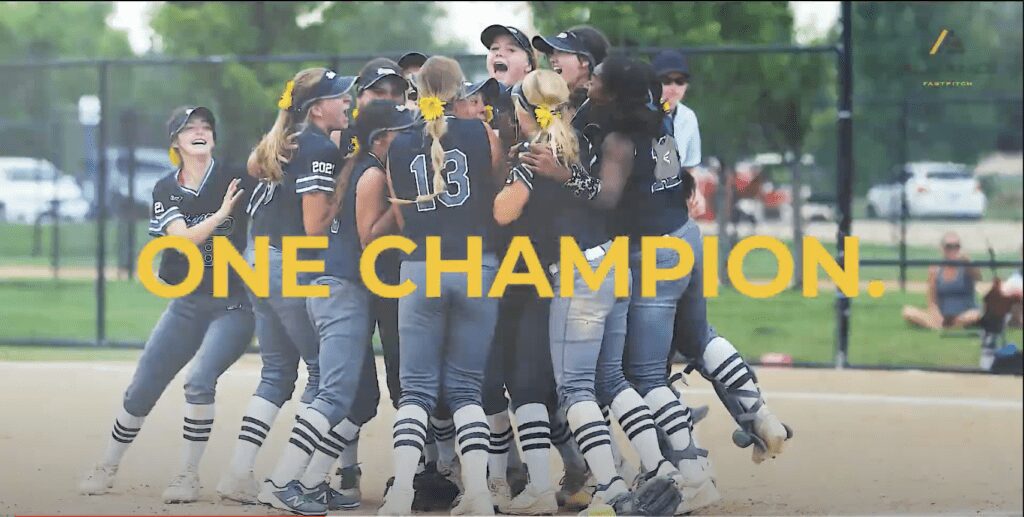 The Alliance Fastpitch is excited to introduce the Alliance Fastpitch Championship Series (AFCS), the post season event that unites Member League Champions and top performers. Athlete experience and unity were centric to the decisions on locations, dates and strategic partners to help execute the National Championship for each age division. As we strive to prepare our athletes for the next level, the AFCS Championship format will resemble NCAA Post Season play with a Regional, Super Regional, Elite 8, and Best of 3 Championship Series format. League and interleague play will help seed teams into the AFCS.

The Alliance Fastpitch will utilize the expertise and infrastructure of Triple Crown Sports (TCS), USA Softball, and USSSA to execute each AFCS. Host sites for each age division will rotate locations (West, Central, East) through the various partners each year.

“This is a unique opportunity to work with leaders in our sport to provide a first-class Championship experience. These teams will have fought their way through their Leagues, similar to Conference play in college, and they will have earned their right to compete against the top teams across the country.  We have an obligation to those athletes to provide them with a National Championship atmosphere and experience at the AFCS. I’m looking forward to working with each event host and putting our resources together to do something special for these teams who qualify,” said Jami Lobpries, Executive Director of The Alliance Fastpitch.

Leagues will utilize a “Tier” system to group teams into a competitive environment that correlates with their level of play. Each season teams have the ability to define their Tier status (Tier I or Tier II) based on playing results. The top performing teams in each Tier will earn the right to play for a National Championship in the AFCS based on their results at League Championship events. Each Tier will crown its own National Champion at each age division.

The 2021 10U and 12U Tier I and Tier II AFCS will be hosted by TCS in Southern California. The event will run Monday, July 26th to Saturday, July 31st. Each age division and tier will be completed within a five to six day window. Note: Additional fields in an open state will be reserved should the state of California not be open for travel and play in 2021.

The 2021 14U Tier I and Tier II AFCS will be hosted by USSSA at the Space Coast Complex in Viera, FL. Tier I will begin on July 26th and Tier II will begin July 27th.  Each event will be five days with the Championship Series being completed on the sixth day.

“I am excited about the opportunity of USSSA to partner with the Alliance Fastpitch to help improve the overall structure of high level events and furthering the playing careers for the youth of our game,” said USSSA CEO Donny DeDonatis. “The Alliance is taking an innovative approach to allow athletes to compete and I am enthusiastic that USSSA and our Space Coast Complex get to be the final destination for the 14U Tier.”

The 2021 16U and 18U Tier I and Tier II AFCS will be hosted by USA Softball in Oklahoma City, also known as the Softball Capital of the World ®. The 18U Tier I will kick things off first on Saturday, July 24th followed by the 16U Tier I on July 25th. The 18U Tier II will begin Tuesday, July 27th and the 16U Tier II will begin Wednesday, July 28th. Each event will be five days with the Championship Series being completed on the sixth day at historic USA Softball Hall of Fame Stadium.

“USA Softball takes pride in serving the sport of softball as the National Governing Body in the United States,” said USA Softball Chief Executive Officer, Craig Cress. “It is vital to provide as many opportunities for individuals to play, coach or umpire the game they love. We’re excited to not only do that but also welcome The Alliance Fastpitch teams to USA Softball Hall of Fame Complex where some of the greatest softball players in the world have competed through the years.”

It’s a new era for League play in travel softball and The Alliance Fastpitch looks forward to kicking it off this season with TCS, USA, and USSSA.  To find out more information about The Alliance Fastpitch and our Member Leagues, please visit www.thealliancefastpitch.com. To register for a League and begin earning your way to the AFCS, visit https://thealliancefastpitch.leagueapps.com/leagues

About The Alliance Fastpitch

Based in Fort Collins, CO., Triple Crown Sports has been producing youth, high school and college events for more than 38 years. TCS runs both the preseason and postseason WNIT basketball events and produces the men’s and women’s DI Cancun Challenge tournaments in November. Triple Crown is also powering “WNIT” concept events in D-I softball (NISC) and volleyball (NIVC), with those two events debuting in 2017.  Triple Crown’s PV College Challenge features more than 10 of the top DI college softball teams in the country each year in Puerto Vallarta, MX. TC fastpitch tournaments (including the 900-team Sparkler/Fireworks event) draw the nation’s finest club programs, and hundreds of college coaches attend TCS events for recruiting purposes.  TCS produces one of the largest youth baseball events in the world with the 750-team Omaha SlumpBuster during the College World Series. The Triple Crown Volleyball NIT has become the top-recruited club volleyball event in the country each February when 650 teams compete in Kansas City, MO.  Follow Triple Crown Sports on Facebook, Twitter, Instagram and YouTube and visit our website www.triplecrownsports.com.

USA Softball (USAS) is a 501(c)(3) not-for profit organization headquartered in Oklahoma City, Okla., and is designated as the National Governing Body (NGB) of Softball in the United States and a member of the United States Olympic & Paralympic Committee. One of the nation’s largest sports organizations, USAS sanctions competition through a network of Local Associations, which includes all 50 states and select metro associations.  USAS is dedicated to providing people of all ages the opportunity to play the game they love at a variety of levels by offering recreational, league, tournament and competitive play for fast pitch, slow pitch and modified pitch.  USAS annually conducts thousands of tournaments throughout the country including over 100 National Championships.  The USAS umpire program is among the nation’s largest and are widely known as the best trained umpires in the game.

As the NGB for the sport of softball, USAS is responsible for training, equipping and promoting the six USA Softball National Teams that compete in events such as the Olympics, Pan American Games, World Championships and other international and domestic events. For more information on USAS, including its founding and history as the Amateur Softball Association of America (ASA), please visit, www.USASoftball.com

USSSA is headquartered in Viera, Florida. USSSA is the world’s largest multi-sport athletic organization. Founded in 1968, USSSA has grown to over 4 million participants, competing in 14 nationally sanctioned sports including Baseball, Fastpitch, Slow Pitch, Karate, Basketball, Soccer and more! USSSA is an Associate Member of the WBSC. For more information about USSSA, visit www.usssa.com and follow USSSA on Facebook, Instagram, and Twitter.

USSSA Space Coast Complex is located in Viera, Florida and owned by USSSA, the world’s largest multi-sport athletic organization. The complex has 15 AstroTurf fields including five NCAA Softball approved fields, five NCAA Baseball approved fields, and three fields equipped with HD video scoreboards. USSSA Space Coast Complex is located in Brevard County on Florida’s Space Coast with over 72 miles of coastline and beaches and only 45 minutes from the Orlando Airport.