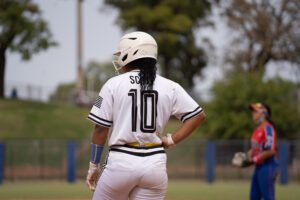 Forty of the top High School Seniors from across the country will be featured in the game competing in front of a national audience. The athletes will be divided into two teams – Alliance National and Alliance American — and will battle in one 7-inning game at Hall of Fame Stadium while over 280 16U and 18U teams will be in town for the AFCS.

“We’re excited to recognize our top seniors and showcase the future stars of our game at Hall of Fame Stadium,” said Jami Lobpries, Executive Director of the Alliance Fastpitch. “These players will have the opportunity to play in front of a large crowd on our sports biggest stage, a place where many of them will be competing for a WCWS title in the next four years.”

The athlete selection process to this prestigious event will begin with the announcement of the 2021 All American Game Watch List. This list was developed by OnDeck Softball co-founder Derek Allister with the assistance of Alliance League leadership. The Watch List was divided by the Alliance League each athlete represents. Fans are allowed to nominate deserving seniors during the two week open period following the release of the Watch List. Email player nominations to Derek Allister at  info@ondecksoftball.net

The final 40 All Americans chosen to play in the All American Game will be selected from the Regional teams and will be divided into Alliance American and Alliance National.

“The talent in this game is going to be superb,” said Derek Allister, co-owner of OnDeck Softball, who is leading the player selection process for the Alliance Fastpitch. “Many of these players will be back here on this very field a year from now competing for their respective schools in the WCWS. That is incredible. This game is going to be exciting.”

The Alliance Fastpitch will continue to announce new updates on the All American Game including our presenting sponsors, media, and event activation.

The Alliance Fastpitch is a cohesive network of regional softball leagues, teams, coaches, athletes and parents. The Leagues provide a purpose of play to existing events with a structured point and ranking system, regional League championships, and a true national championship series, the Alliance Fastpitch Championship Series (AFCS).  Berths in championship events must be earned, with every team starting at the same level each season. The Alliance has partnered with the top event providers (USSSA, USA Softball, and TCS) to host these events throughout the country.